The 2014 TEDx Philadelphia conference was a sight to behold.  A diverse array of speakers enlightened the sold-out crowd of 1000+ at the Temple Performing Arts Center.  But there was one speaker - the youngest one in TEDx Philadelphia history - who electrified like none other. 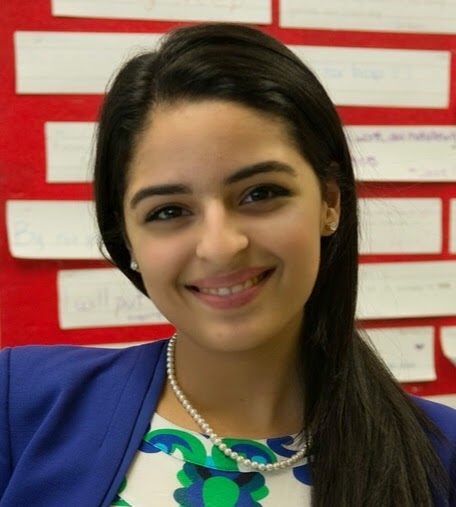 Nikki Adeli, a high school junior at Philadelphia's Science Leadership Academy, captivated the audience as she called for the adults of today to believe in her generation.  As Youth Commissioner to Mayor Michael Nutter, and Vice President of the School District of Philadelphia Student Government (among other leadership roles), Nikki serves as a shining example of what the teenagers of today have to offer.

I was able to catch up with Nikki to ask her about her TEDxPhilly talk, and her views on education from the perspective of a teenage student (for all you future educators out there).


MTW: Your TEDxPhilly talk drew a standing ovation from the audience.  How did the experience feel?

NA: Haha, I wish actually got to see it! I was so worried to get off stage on time for the next speaker to present that I didn't even see the standing ovation! However, after my mom told me it happened, I was delighted!

MTW: Did you feel any pressure being the youngest person to ever speak at at a TEDxPhilly conference?

NA: Not really. In all honesty, I don't remember being nervous before or during the talk. I think it's due to the fact that I truly believe in the concepts I spoke about in my talk that it all came naturally; as if I was having a conversation with someone, over lunch, about education.

MTW: You said at the end of your talk, “Invest in teens and the future will take care of itself.”  What steps can educational institutions take to invest in teens?

NA: In my opinion, every single teenager has the ability to become a leader in his or her community. We all already have a fire of interest within us, something we are passionate about. However, that fire of interest needs to be ignited by a match. The match is the teacher. The match is the principal. The match could be any adult in that school. However, to be the match, there not only needs to be an investment of funding and resources - which a multitude of institutions lack - but also time and belief. Time that isn't just given during a class instruction, but also outside of the classroom, after school, and on the weekend. When time is set aside to get to know what a student is passionate about, the investment of belief follows immediately like a chain reaction.

In addition, there needs to be a change in school climate to a climate that fosters student voice.

NA: I cannot urge enough how important student voice is. I feel as though there is a silent epidemic of voiceless students. There is a lack of student voice in so many classrooms and districts that it forbids students from becoming engaged in their own learning and education. Therefore, the way to empower students is by incorporating us into the conversations that relate to our education. Whether it’s about funding or reforming how we learn in the classroom, we are the ones going to school 180 days of the year; our opinions and experiences are the most important on the decision. If students were told in their teenage years that their voice mattered, that would empower us to speak up not only in school but in our own communities to create positive change.

MTW: For those who are pursuing a career in education, what do you think they should keep in mind regarding the students they will eventually teach?

NA: Two things:
MTW: What’s next for you? I think I saw a tweet from someone saying you should run for mayor...

NA: That was one of my favorite tweets that I got that day. As flattering as that is, for now I'm going to continue my efforts, as a Philadelphia Youth Commissioner, to create a resolution that allows for students during their school week to intern and/or volunteer somewhere in the city that they are interested in. Places like hospitals, law firms, elementary schools, or even a cupcake shop. This will not only help students become leaders in their own community, but it will also help students apply what they are learning in school to the real world.

While Nikki has not yet determined her career path, she is really interested in medicine and international relations and hopes to find common ground between them.  And it's not all work for Nikki; she loves to play ultimate frisbee!

Marcus T. Wright
Philadelphia, PA
Marcus T. Wright is a graduate of the University of Pennsylvania's Graduate School of Education. He is a learning+technology fanatic, currently enrolled in GSE's Virtual Online Teaching (VOLT) certificate program. The opinions on this blog are his personal views based on his experiences, and do not necessarily reflect those of Penn GSE.